Revealing the Hidden Diversity in Parasitic Cordyceps Fungi and their Host Association with Insects & Spiders in the Neotropics,

Cordyceps are bizarre club fungi which parasitize a wide range of insects and spiders as well as false truffles. In the neotropical rainforest many display bright and vibrant colored fruiting bodies emerging from the leaf litter or decaying logs. Others are hidden away, attached to the underside of leaves. For understanding Cordyceps it is crucial to uncover and identify the host. Most of Cordyceps' life cycle takes place inside the host. After infection the fungus manipulates arthropod behavior, basically creating a zombie that moves to a location to die for optimal spore dispersion so the next victim is easily reached. This has recently been proven in the case of carpenter ants in Thailand and such behavior was also observed by some Amazonian Indians in crickets, beetles and even spiders since ancient times. Hearing those stories from her Colombian professor who had traveled with the famous American ethno-botanist Richard Schultes through Colombian jungles arose her interest in studying Cordyceps and its relationship with its host insects. For almost twenty years she has traveled across the jungles of Colombia, Ecuador and Brazil collecting, identifying and describing new species of Cordyceps. In this talk she will share with us the diversity of neotropical Cordyceps and fascinating indigenous stories regarding Cordyceps and its relationship with insects and spiders and analyzing these folk stories in the light of the scientific theories.

Some of Tatiana's newly described species I encountered in South America 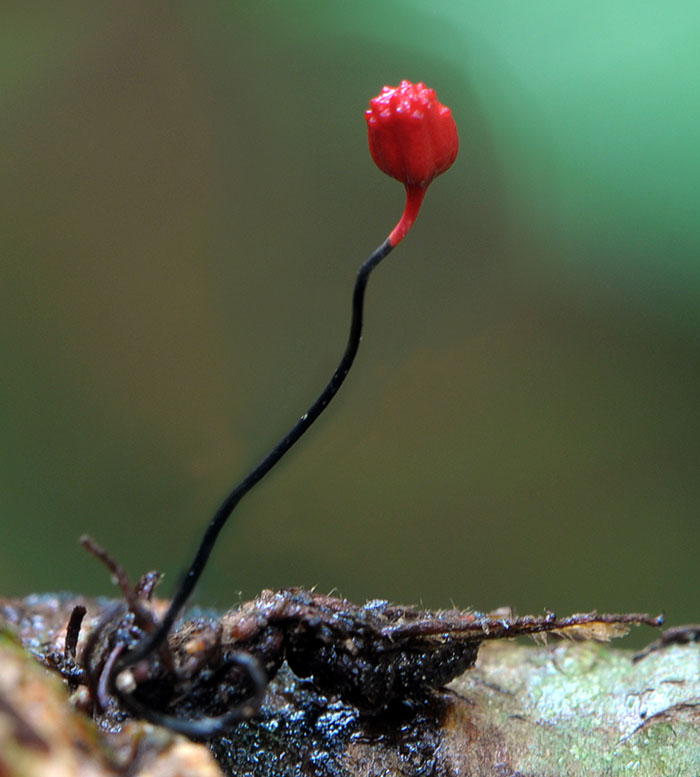 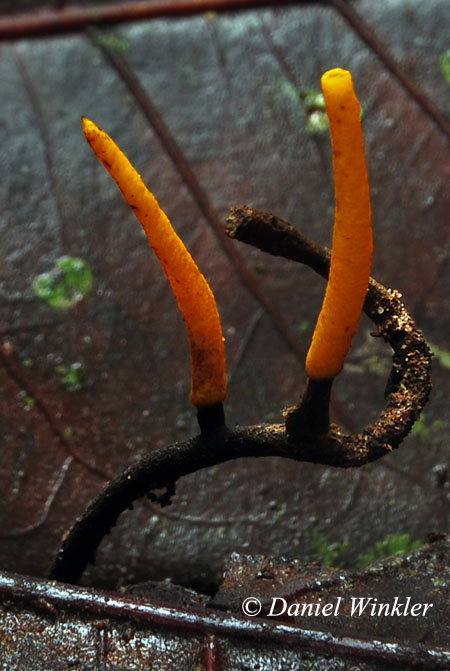 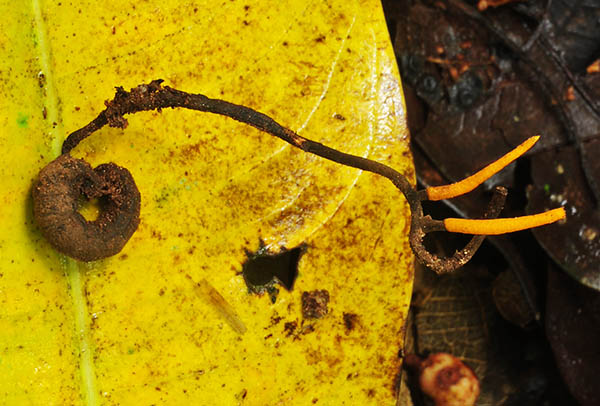 Ophiocordyceps tiputini, same specimen as above