Cordyceps found in Colombia in April 2015

Below the images of Cordyceps and allies we encountered during the April 2015 Mushroaming Colombia tour.
Special thanks to our expert Colombian guide Dr. Tatiana Sanjuan, a specialist on neotropical Cordyceps. 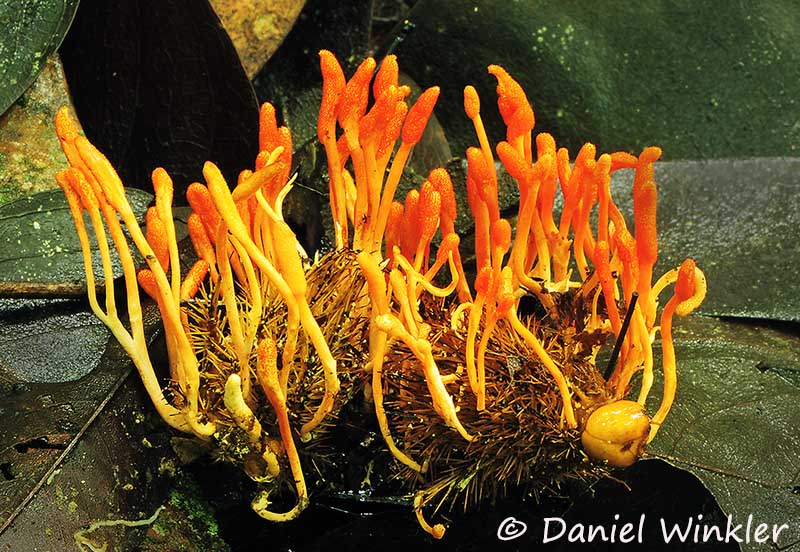 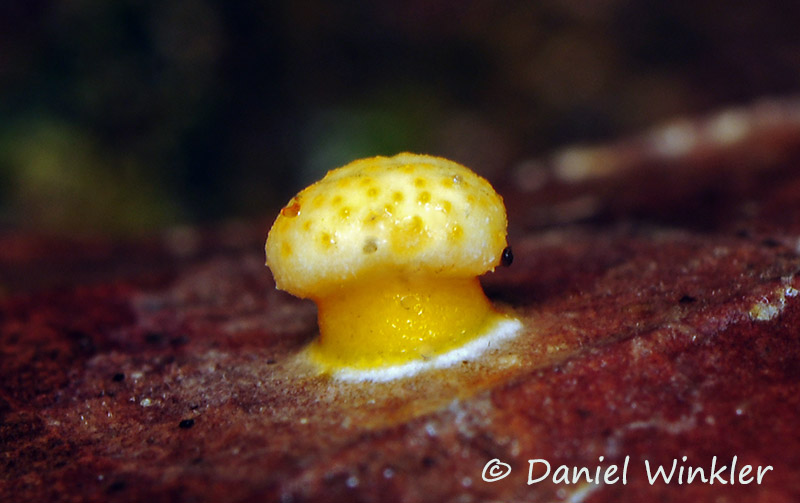 A Moelleriella sp. teleomorph. Its anamorph looks similar to an Aschersonia (see below). Moelleriella is an entomophagous fungi in the Clavacipitaceae family, famous for containing ergot, Claviceps purpurea. Moelleriella spp. are pathogens of scale-insects and white-flies (incl. aphids). Here it grows its fruiting body right around the devoured insect.  A detailed paper on Moelleriella and associates can be found here. 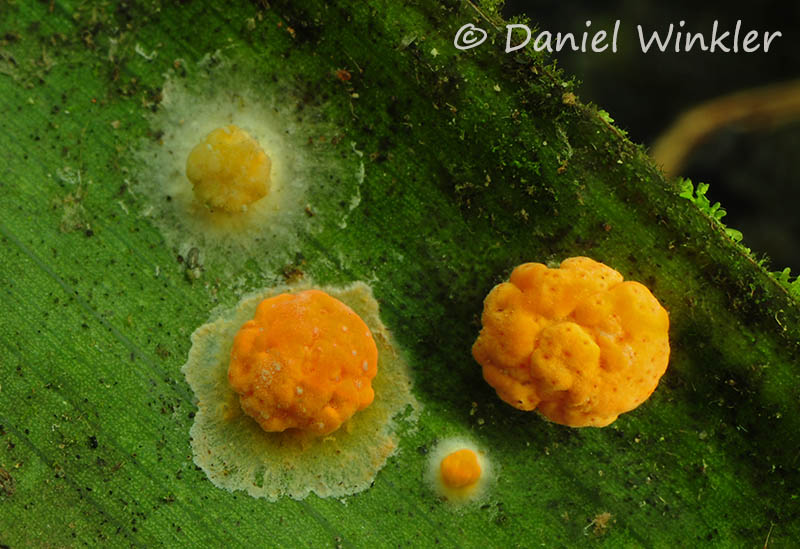 Aschersonia sp. is another entomophagous fungus that is feeding on tiny Hemiptera insects, like aphids and leaf hoppers. 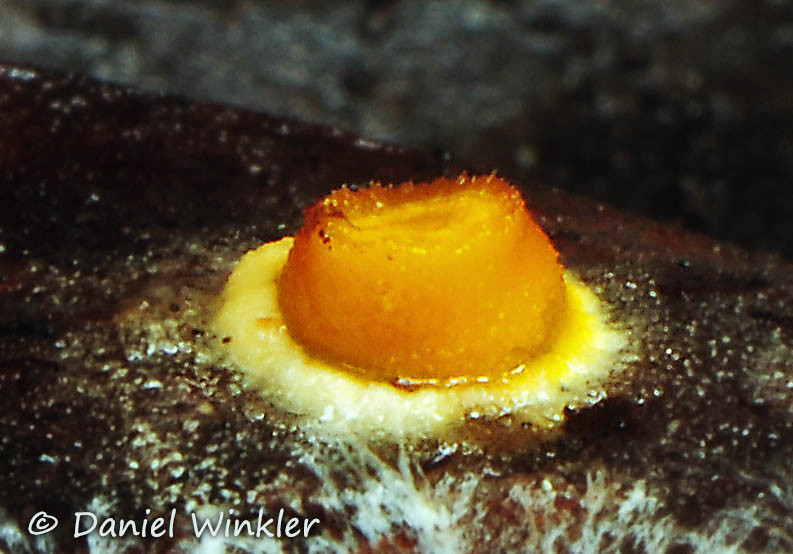 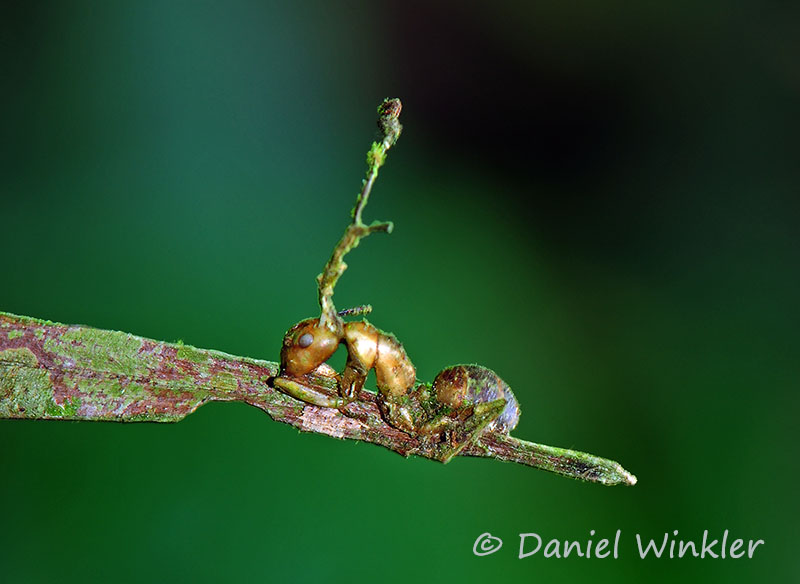 The long-dead Ophiocordyceps unilateralis gr. fruiting body growing out of the Zombie ant is already grown over by an algae. 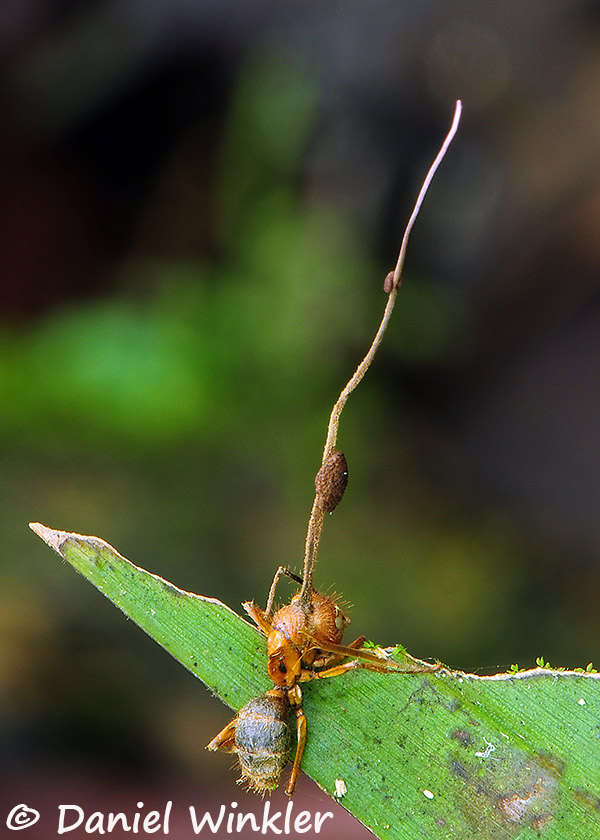 A much fresher Zombie ant (Ophiocordyceps unilateralis gr.) in its last resting position. The cordyceps infected the ant and made it climb up to the end of a palm frond where it makes the ant bite into the frond tip. Then the fungus dissolves the tissue that would normally open the mandible of the ant, thus the ant is well secured in this exposed location. At this point the fungus having abused all kinds of ant behavioral patterns for its own agenda finally kills its "host". Now the fungus will start to grow its fruiting body digesting the ant as its source of nutrients and finally producing spores to be spread from this perfect elevated location to hopefully land on the next unsuspecting ant. Seen in Rio Claro, an awesome marble gorge that is very rich in Cordyceps diversity. 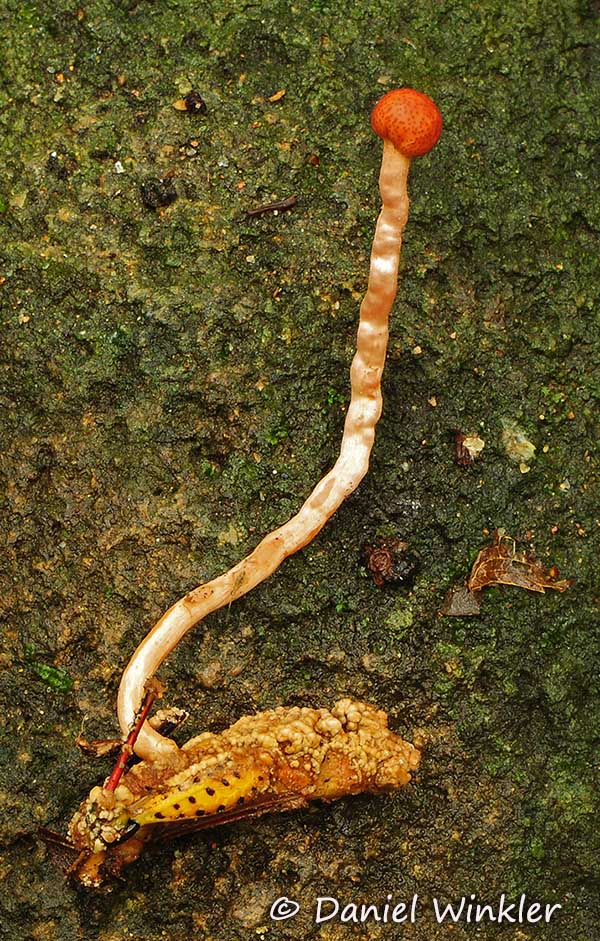 Ophiocordyceps amazonica growing from a Bogotacris sp. grasshopper of the Orthoptera order in Rio Claro, Colombia 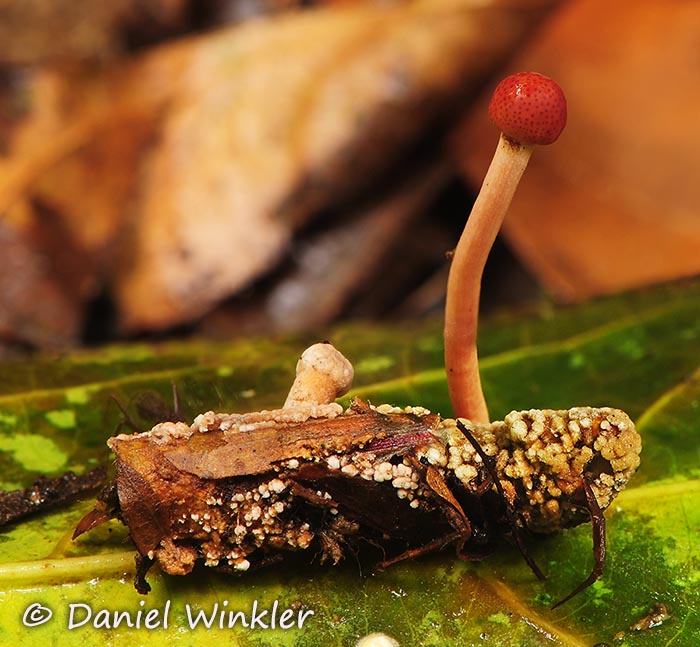 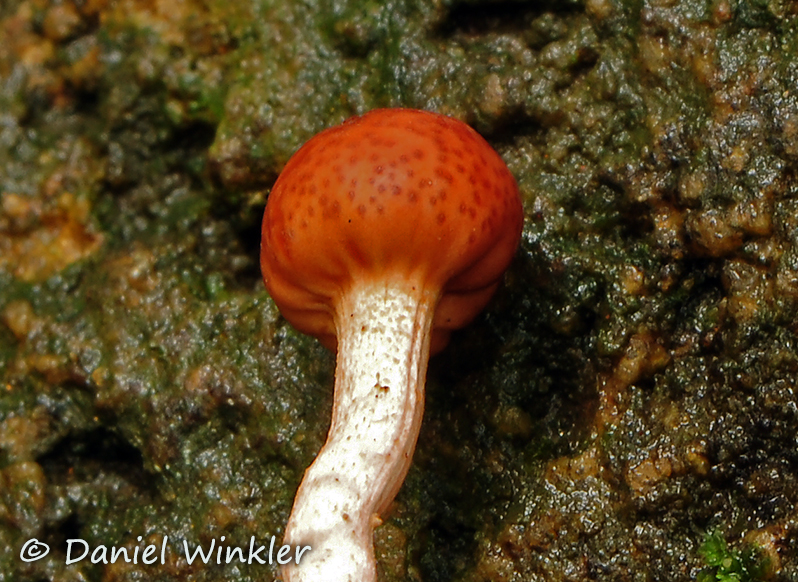 The capitate fertile head of an Ophiocordyceps amazonica seen in Rio Claro, Colombia 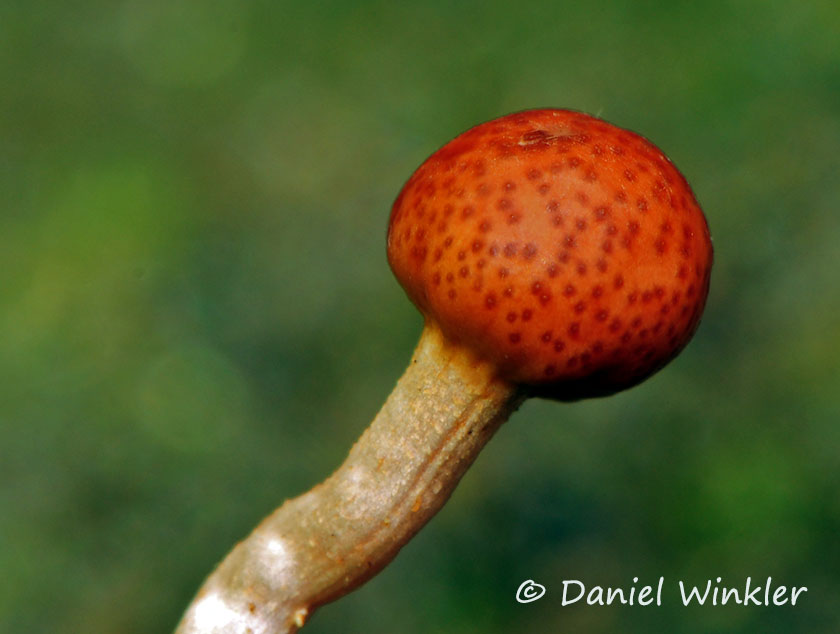 Lateral view of the fertile head of an Ophiocordyceps amazonica. 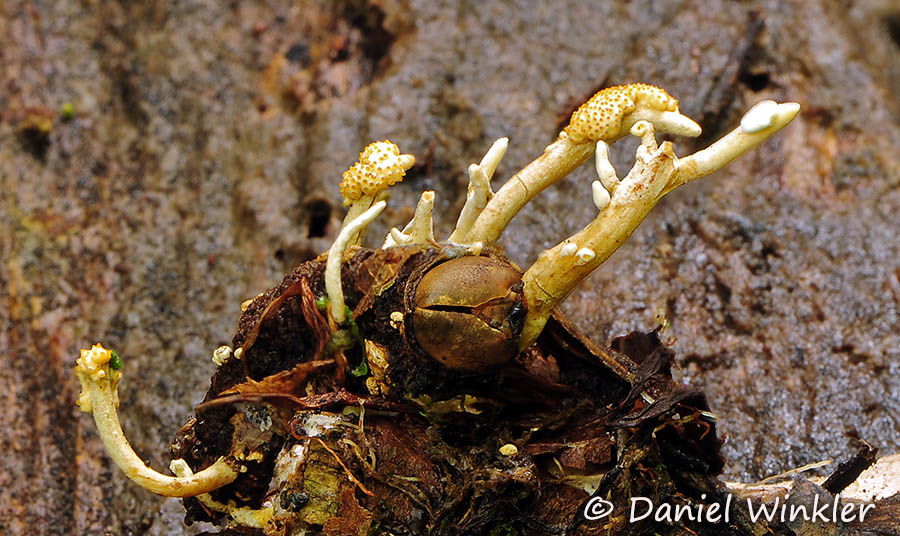 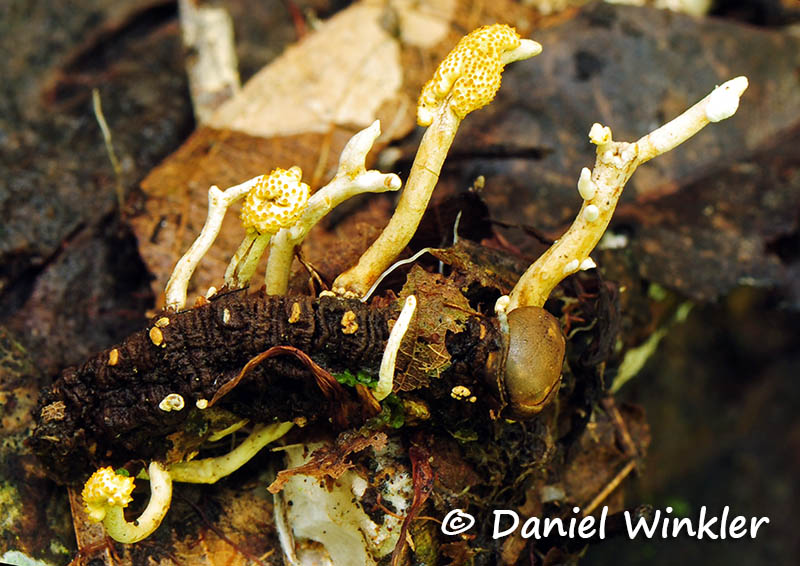 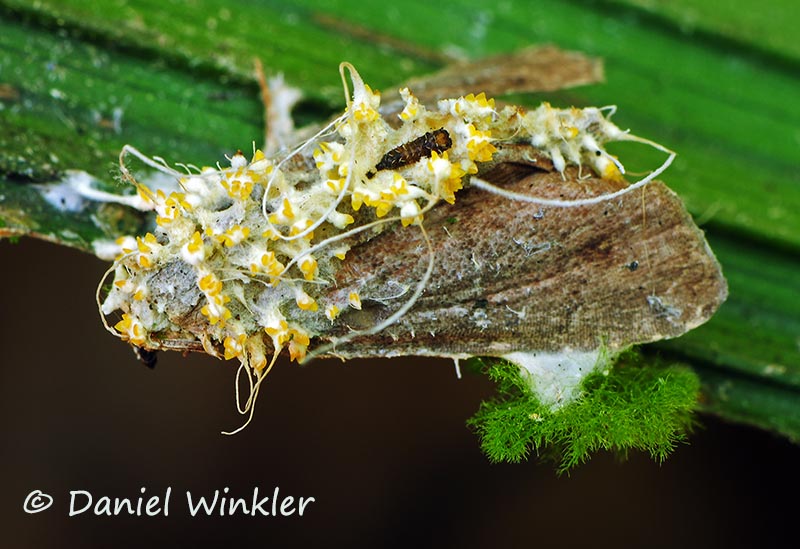 Cordyceps tuberculata fruiting on a Saturnidae moth in Rio Claro. The yellow tissue are the perithecia in which the spores are produced. The anamorph of C. tuberculata is Akanthomyces pistillariformis.This is predominately teleomorph form, but the few white longish structures should be the synnemata of the anamorph. 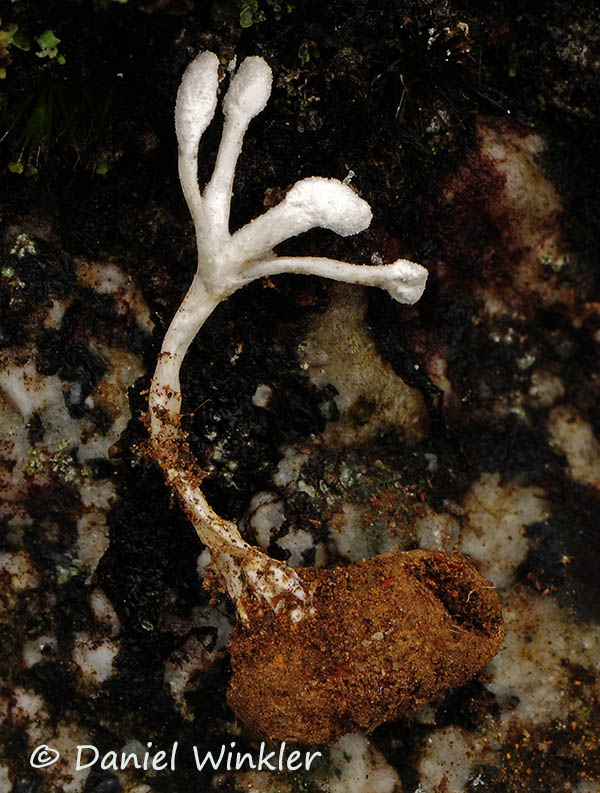 Evlachovaea sp. also known as Isaria sp. is an anamorph. We found a dozen in Parque Arví above Medellin in around 2600m.

Don’t get caught with mushrooms or plants growing in your gutters. LeafFilter can help. 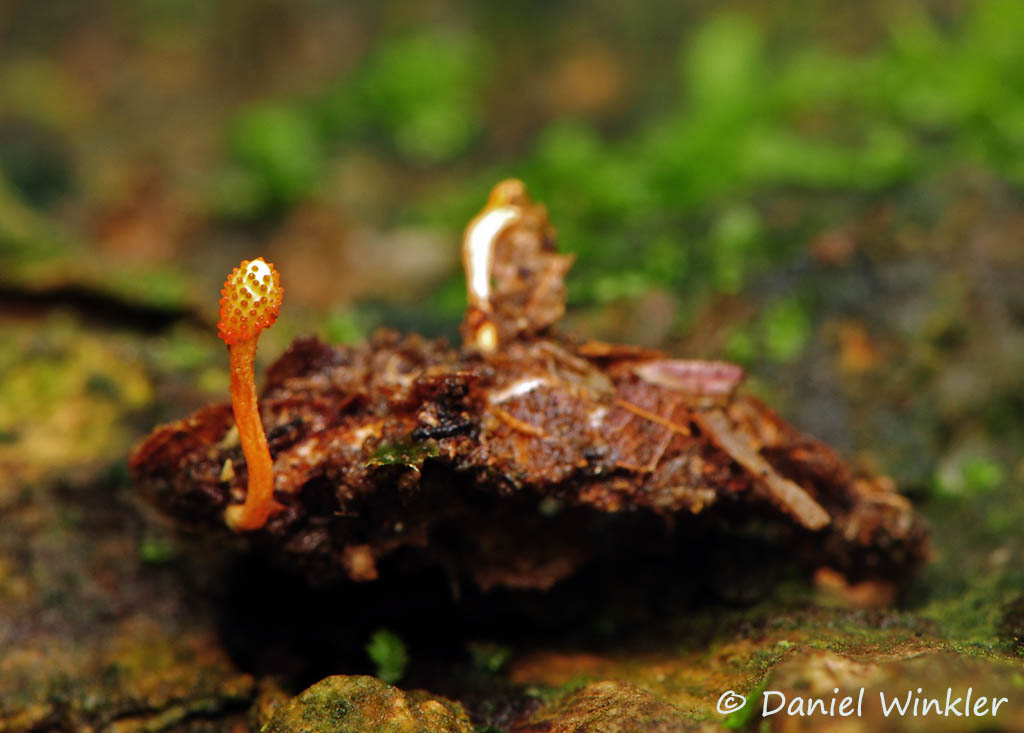 A tiny Cordyceps, maybe Cordyceps submilitaris, but we are not sure. 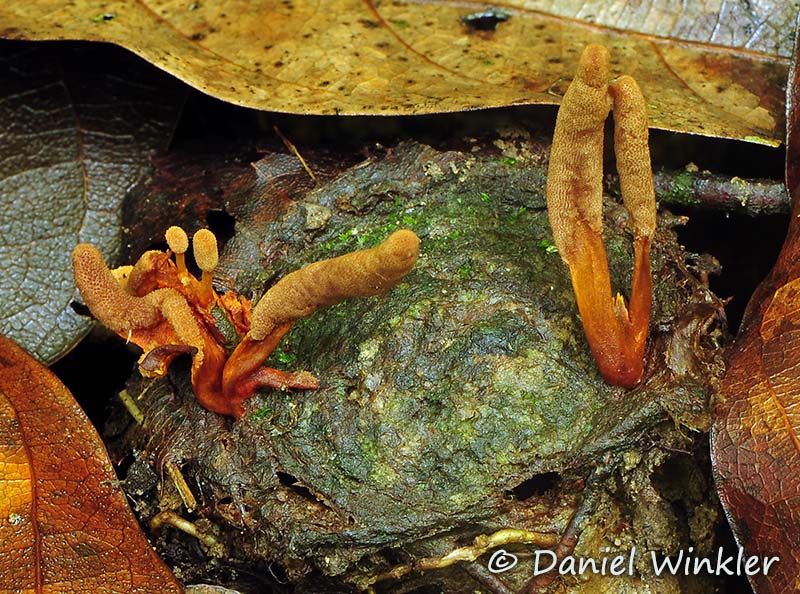 Overmature fruiting bodies of Cordyceps nidus coming out of the lid of a trapdoor spider hide-out. That spider is not opening that trap door again, but the wicked fungus is shifting the spider biomass above ground in its pursue of reproduction. 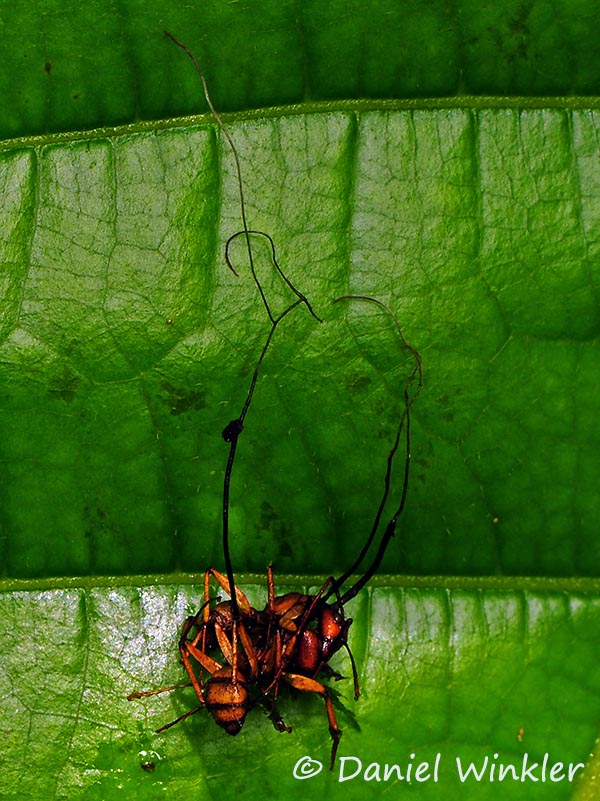 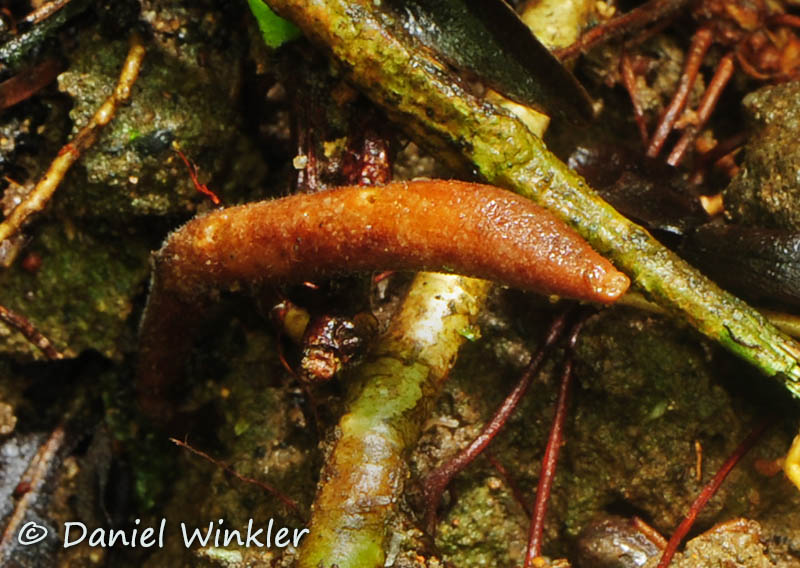 Maybe an Ophiocordyceps growing from a buried cicada larva, which I was not able to excavate. 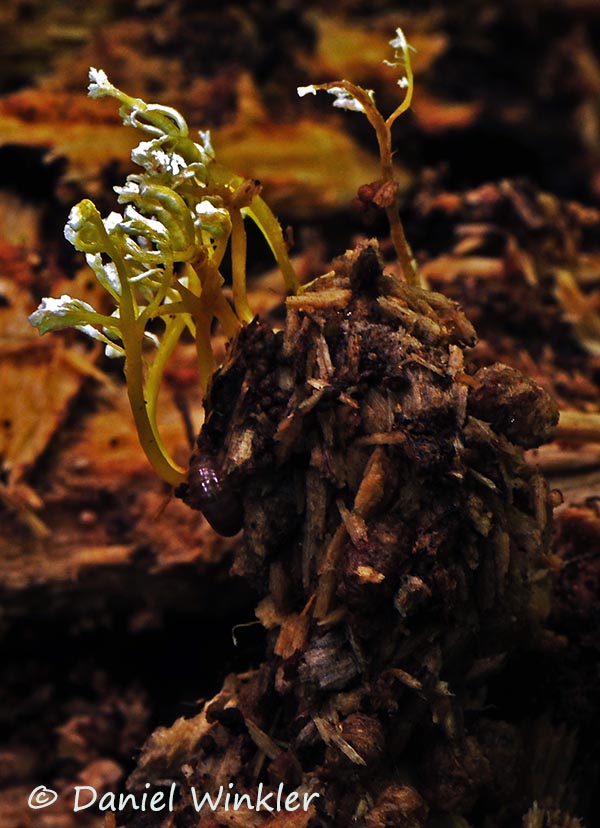 Isaria tenuipes, a Cordyceps anamorph we found buried in wood. 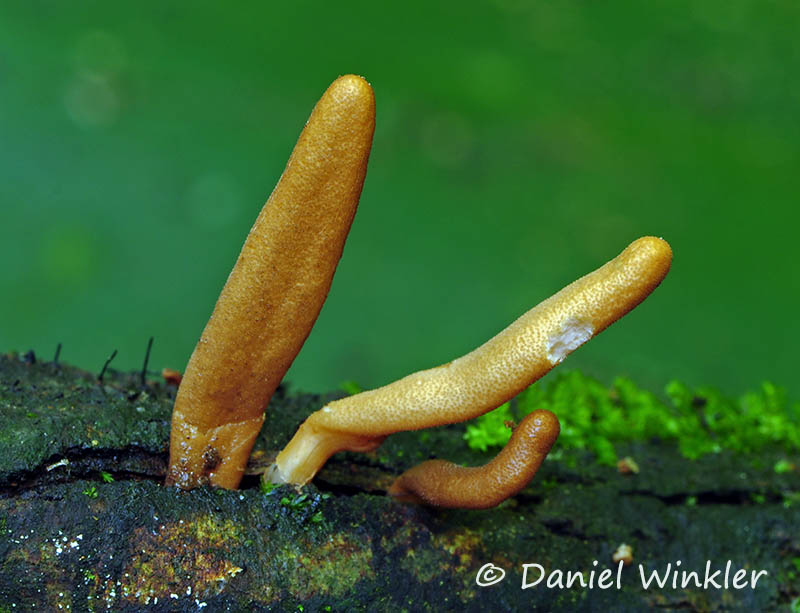 Podostroma, the "bane" of every Cordyceps hunter. The fruiting bodies just look like a regular Cordyceps, but Podostroma do not parasitize insects, but decay wood. The genus Podostroma contains about a dozen widely spread species. They are related to Cordyceps, they are in the order Hypocreales, to which also Cordycipitaceae and Ophiocordycipitaceae belong. However, latest taxonomic reviews placed Podostroma in the genus Hypocrea, with anamorphs known as Trichoderma spp.. Alas, due to changes with in the code of nomenclature, the genus Trichoderma has been proposed for conservation over its teleomorph Hypocrea, thus this Podostroma is now referred to as a Trichoderma.[5]